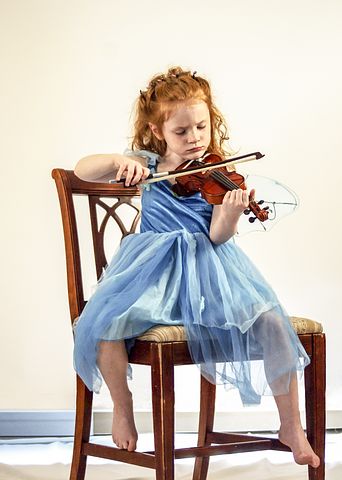 The term “potential” is used constantly in recent decades, understood with a desire to “unlock” it. Many people earn a lot of money by hooking people with courses or books. It doesn’t mean that those resources are necessarily bad, most likely they are not, but they don’t consider the prerequisites people need to truly reach before they can become able to step up to their potential.

What if parents don’t do their job?

Before introducing the Ted Talk by Dr.Jordan Peterson I want to briefly tell you my personal story about how one word of my parents decided upon my possibility to develop my potential or not: As a child and teenager, I sang in a choir and quite rapidly climbed up the levels. I liked singing a lot, but, as so often in that age, sometimes I would have preferred to hang out with friends instead of going to the regular appointments with the choir. One day I just didn’t want to go when my mother said: OK, but if you don’t go today you will never go again. Boom, splash, ugh. I had to decide and my decision would have consequences for which I would be responsible. I chose to go – and later I became a classical singer, a voice teacher, and therapist.

Children and young people need to learn to follow rules in order to later be able to become free of them again. They first need to adopt a system that works to figure out who they are and what is possible for them, for later be able to break free from the rules and develop their own ways. All developmental psychologists talk about that: we cannot skip levels of development. We cannot “allow” children to decide for themselves things which are too advanced for them – which was the mistake of the approach of the “anti-authoritarian education”.  A 4-year-old just cannot decide where to go best for holidays and a parent who thinks to give them equal part in the decision, or even have them decide alone, does not fulfil their task of guiding the young person, but tries to get out of their own responsibility for the welfare of the child – and their own, btw. Too!

Children want to know from grownups what the right ways of behaving are. They want to get to know the limits and boundaries which give them a safe space to experience themselves. In time they will push against these boundaries and expand them. But first, you need to have something to expand which is not complete chaos and uncertainty. And children need food for their minds and bodies in the sense that they need to be shown things, get acquainted with many realms of life without indoctrination, but just as an offer to taste and try out if they like it. A 6-year-old fervently demonstrating for political issues is abused quite as much as the one who is forced to decide about the family holidays. Indoctrination is as bad for the child’s development as is abandonment, whether physical, emotional …or educational.

Getting to know what we are really interested in needs inspiration and possibility.

We can develop our potential when we are deeply interested and drawn to something in our lives. If I hadn’t been drawn to singing – and then made responsible for pursuing it by my mother – I wouldn’t have discovered my abilities in that field. Many people today say they don’t like or cannot relate to classical music. If no one has ever given them the inspiration and the access to it, how can they know if they like it or not? What we don’t know, we cannot like.  How could we?

is by no means an ancient thing nor has it anything to do with higher social classes. An excellent example is the Simon Bolivar Symphony Orchestra from Venezuela which results from a dedicated person going into the slums of the big cities and teaching children a classical instrument. Learning the violin or the oboe is a very demanding job – and it has the potential to excite the souls and lead people to a potential which otherwise they never would have discovered. Visit their YouTube Channel here

What is your potential and how can you realize it?

Finally, now we’re coming to the talk of Dr.Jordan Peterson about how to think about potential and how to develop it. First of all, it is clear that your potential is something innate in YOU and specific to you. Sure, all humans have a certain potential in common, but if you have more regarding creativity or, let’s say, science, that is specific to you. You can learn and study also the things where you are not really gifted for and you will arrive at a certain level, but it will be very hard work and not very inspiring for you.

This is an indicator: something “comes to you easily” probably means that you have quite a potential for that thing and that your soul will be happy when you pursue it. It might not be easy for you for all sorts of reasons, especially for social-political reasons, but for you, that thing is real and gives meaning to your life. Without it, you would be latently unhappy and unfulfilled.

Not only transcend the past but include it!

I don’t want to transcribe the Ted Talk which Jordan Peterson has given and provided a good outline of his thinking. He is a very strong voice against the usurpation by the hardcore materialism, the beliefs of which include: everything is material, dead material, and everything else is illusory. As we know already from Integral theory, these ideas are on the bottom of the overall crisis of the world as the concept of reality is one sided and reductive and therefore cannot give an explanation, let alone pride guidelines for our lives. Jordan Peterson makes clear that “reality” is not what we have believed during the past hundreds of years and he shows ways how we can re-integrate into our present life what we have lost along the way.

Watch this inspiring talk with open ears and open hearts and consider that you can be part of the solution to the present problems when you are inclusive enough to reconsider the past and the core value of TRUTH.