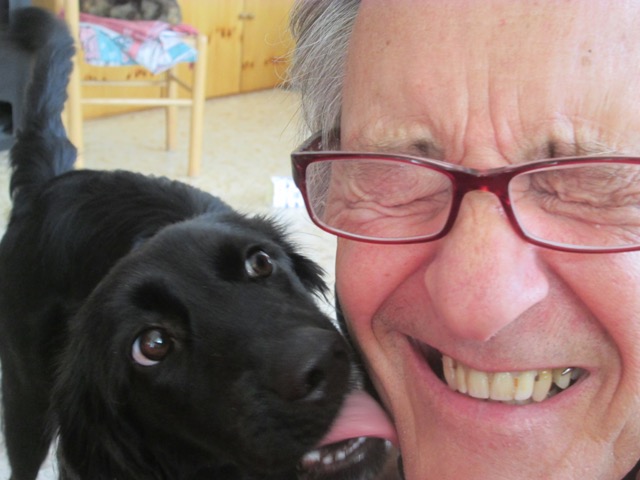 Is it journaling when you bring into words a story which revisits the past and puts it into perspective? Probably it is some sort of long-term journaling, if any, not the immediate testimony of what is going on today in the inside and outside world. Nonetheless, the memories form into text TODAY, I was writing today what went through my mind for a long time. So maybe it is already that what Tuyet mentioned in her comment on Facebook to my post yesterday. She wrote: “I would want my private inner experience to be like germinating seeds needing a safe nourishing environment to develop into the fullest potentials and then they are fully matured and sturdy enough to be shared in the world.”

Here what I wrote in preparation for my e-book as legacy for my husband Mark Davenport:

Mark and his daughters

I think it was Mark’s loving kindness which led him into the trap of a borderline personality as second wife with whom he had two daughters. If you know a little about borderline then you can understand how difficult it is to survive that as a psychologically not yet fully grown up person and even more difficult, or even impossible, to become a responsible parent in this kind of setting. The experience with a borderline partner connected me and Mark in a deep understanding of the danger we were in, the risk of accepting their projections, their attribution of their own craziness to us.

Anyways, I had a huge admiration for Marks daughter Lillian who reached out to him years after he had been kicked out of the family. She wanted to have her father back as an adult and both developed a fine and mutually respectful relationship. Mark was very happy about that, he traveled with Lillian and they were in constant contact even when far away. Lillian’s sister Claire had some contact with Mark when she was at University in the neighborhood of Mark and his third wife, but after that no deeper relationship developed. He was very sad about that, he observed her doing via Facebook, but he didn’t want to press her into something she obviously wasn’t willing to live with him at that moment.

When I got to know Mark, Lillian had been diagnosed with breast cancer. Whenever he spoke about her, a veil of sadness came over him. He knew what cancer means. He had survived a cancer on his vocal cords, but this illness is brutal. He should finally fall  prey of it himself.

In the summer of our marriage in San Diego, I did my Feminine Power Training in Los Angeles while Mark went to see Lilian. In autumn of that year she came to see us in Italy with her husband Mihai. Those were lovely two weeks together. The cancer was present, visible in her special diet and also in conversations, but she was hopeful and emanated positivity and joy to be with Mark and me. I had been given a daughter in her, I liked her very much. 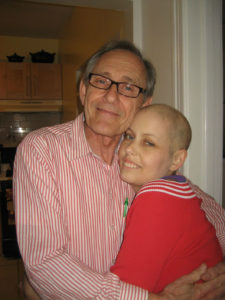 But the cancer continued its cruel route, her years or even months seemed to be very limited. In spring Mark and I went to Chicago to be with her, to lend a hand for taking care of her. Now the effect of the cancer and the aggressive treatments and medications were blatantly visible. It was heartbreaking to see her body deform and her regressing into a little girl so often during these days. She had been such a vigorous, positive and courageous woman before!

To watch his daughter decay and finally die was very hard for Mark. She practically was the only one he had in his close family bonds, he loved her dearly and he couldn’t do anything for her, not even now as a conscious and really grown up adult. He had to surrender to her death. Maybe it started then, that his unconscious prepared for his own death and laid the seeds for his own illness and decay? Nobody knows, not even himself. But certainly it was a shock for him in the sense that he dived deeper and deeper into the research about life and death. His interest in conscious ageing was certainly a consequence of that. 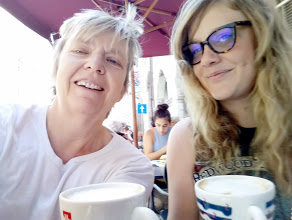 Mark was about to fly back to Chicago a few weeks later. In the morning of his departure from Rome he got the notice that Lilian had died the night before. I can only imagine what that meant for him. At the funeral he met his daughter Claire after a long time and he was really happy about that. They had found a new way of relating and Mark hoped that their relationship would develop into something beautiful from then on. But it didn’t happen. Claire told me why, when she came to see me in July. Mark had passed shortly before and they didn’t have the chance to reconnect in love and friendship. The day of his passing we had scheduled a skype call with Claire, Mark had been very happy about that, but he died a few hours before the appointment.

Some things in life cannot be repaired, some things we can only let go and find our peace. I am sure that Mark had found a way to do that, and Claire, the only remaining offspring of that Davenport family, seems to have entered her way to peace and wisdom, too.

Exactly three months after Mark’s death, Claire and Mihai and myself came together to record a conversation for the Wisdom Factory series “Conscious Living, Conscious Dying”, where we shared our experience with accompanying a loved family member in their death process, in memoriam of Mark and his daughter Lillian.

2 thoughts on “A sort of journaling”