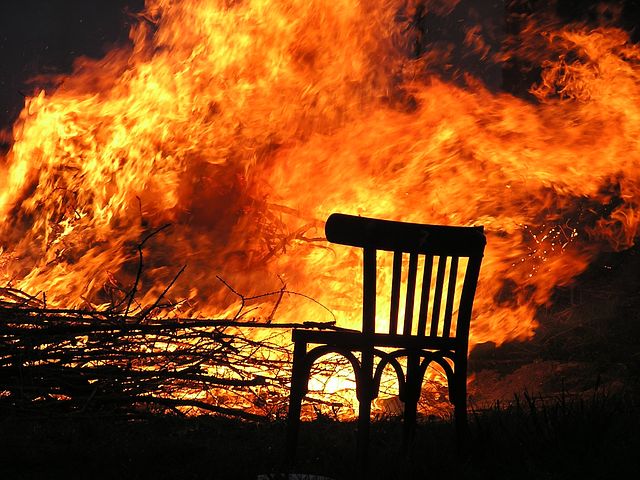 Some days ago a friend told us that his house in Santa Rosa was completely destroyed by the “wildfires”. When we saw the pics of the devastated residential area we became curious: how can that be? We have learned that we cannot trust official information and so we went to dig for what other people had to say about what happened.
We went on Youtube to get information from watchmen and firefighters. Immediately we found the message: that is not normal, there is something else going on here.
Discovering the Power of the Red Queen
We were really shocked about what we learned, and the term “conspiracy theory” is really not applicable to most of it. The fires which destroyed the house of our friend certainly are not yet researched enough but a lot of hints go into a certain direction.
I will give you the info we found and which, if you feel ready, you can absorb or not. You might become  angry, but in my experience the truth sets free, even if it is a VERY uncomfortable one.
We first watched:
At about min 5 there is an excerpt of a talk by Dr.Judy Wood about “weird fires” which were observed at 9/11
Going deeper – a disconcerting shock: Why did we not see this?
This made us curious and we looked up that women – which brought us to another conference where she delivers all evidence that the twin towers were brought down, neither by airplanes, nor by terrorists, but by a new technology which, when used properly, would have freed up already 50 years ago from fossile fuel.
Back to Santa Rosa
This gives some shocking “coincidences” of the Santa Rosa Fires
Is this another testing ground for the murderous technologies?
Why would people attack and destroy their own people?
Here the psychological background info to what is in human nature: a talk by Dr.Jordan Peterson who is a professor in psychology and clinical psychotherapist who has studied profoundly the deep black corners of the human soul.
In need to save Democracy – a call for all of us
If you have read so far and if you have watched this info: What will you do with it?  I think, we as “integral” or “conscious” people need to stand up against what is happening in the world where people discuss about the question of who is the next or the present President – which is totally irrelevant in the face what is really happening and of what the president has no idea or information.
This is what everyone needs to know:
The real power is in the deep government which is completely out of control of any democratic institution. They run the show. And for that there is a ton of absolutely credible evidence. Steven Greer is working on it for 20 years to undisclose the secrecy, having run the risk of being killed himself as were some of his collaborators. His latest documentary “Unacknowledged” shows you the evidence in form of classified documents and testimony interviews. The movie is to be paid at the moment but you can view many interviews on Youtube for free which were used in the movie
There are many people directly involved – why don’t they all speak up?
As a last video a presentation of an involved man who asked that the video would be published only after his death (Otherwise he would have had serious problems, as is noted in many other cases of people who dared to tell what they know about the malignant intentions behind the scenes). He tells you in what atrocious manner his technology was stolen and abused. “1984” is nothing against present reality! And we believe in the power of positive thinking while ignoring the evil intentions of those who really have the power – not the politicians, for sure.
WE ALL NEED TO WAKE UP AND SEE REALITY AS IT UNFOLDS IN FRONT OF OUR BLIND EYES!