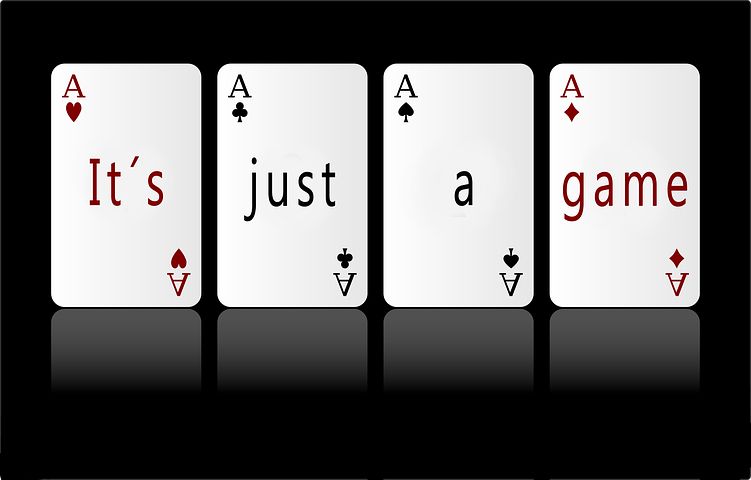 When I was 26 my  University professor gave me a book to read: Eric Berne:  “The Games People Play”. This was one of the milestones in my personal development. Up to that point I was convinced that I was a profoundly good and honest person, that I was genuinely attempting to create good and whatever else an unconscious self-image tends to tell us, and we are more than ready to believe all that.

I have the habit of reading books by referring everything to myself, trying it out in my own skin, you would say. So, by reading attentively the many games people play, I found more than one in which I had been habitually engaging in. What a shock.

What are these GAMES? 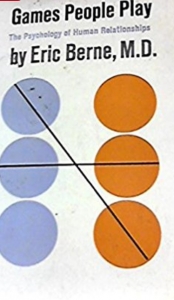 In case you don’t know the book – you really should read it, it was groundbreaking in the 70’s for contemporary psychology in many ways (Get it HERE) I give you a short explanation:

The term “game” refers to the behavior of individuals in a group, from the family up to the whole society, which is governed by certain rules. The rules are not necessarily conscious in the same way as we don’t know the rules of our own mother tongue. In fact, most are not, but that doesn’t hinder us from playing our games according to them. These games which we are “playing” in our lives are not really fun and delight as the term might suggest, although some are while many can  lead to negative and even tragic outcomes.

Here a video from the 60s about the book

Where are the exit-rules of the games we are playing?

Since the time I read that book I am in research to find a possibility to exit these games. The characteristic of them is that they normally don’t have an exit rule in the initial set of rules. Once you are in you are in, there is no easy way to get out again. I learned a lot about psychology and how therapists try to explore ways with their clients about how to get out of their games which are troublesome or dangerous for them, from addiction to violence, destruction of all kinds or just inadequacy in facing the life challenges which inevitably arise. Do they find the exit rules? Sometimes yes, sometimes no. Why and why not?

Psychotherapy and the mindset change

Basically, what therapists try to do is open up the client’s mind to realize how restricted their view is of their world, how limiting the beliefs they have about themselves, the others and the world. If the client is open and courageous enough – and if he/she has enough trust in the guidance, then, slowly, they can become available for different ideas and able to adopt them. This often is connected with the uncomfortable feeling of loss, the painful  need of giving up cherished ideas and convictions which were so habitual and “easy” to dwell in, while the new mindset is still new, uncomfortable and feels awkward.

In order to avoid the feeling of being endangered by the new, people are much more likely to believe and trust in those “mentors” who promise the easy way, the way that allows us to behave badly whenever we like, by feeding us the illusion that we have a right to do that. “I am the victim of other people’s actions”. No need to check out the game we are playing with them. It is enough to assume that THEY are playing dirty games with us and we are the righteous “saints” with only good intentions. (As I said before, this is what I once believed firmly for myself. I certainly know how that feels and how I unconsciously had created my saintly victimhood!)

Politics and Ideologies: a Game or “Just A Game”?

I realise that the present discussion on gender identity, equity, “metoo”, patriarchy, immigration and what not, are all falling into this overall game the rules of which are to be made very clear before we even can think about finding a solution. What game are the radical feminists playing? The social justice warriors, the neo-nazis? What game are the politicians playing from whatever point of the spectrum? What game are we “normal” people playing when we enter into the discussion – or when we avoid taking a stand and stick our heads in the sand?

Some games are quite obvious, the more people present themselves in a radical way the more we might be right in guessing what the rules are which they use and try to impose on others. We are the others. So how do we respond? Either we accept the attribution of their rules on us – then we play THEIR game, not ours. Or we refuse to play their game and that can be much more difficult and painful than just “follow the flow” and avoid confrontation.

Whose game do we play?

If we haven’t learned to set healthy boundaries, we probably will choose the first pathway and be swept away into a flow of events which can lead into some dark place which we hadn’t foreseen and we wouldn’t have wanted. But once we are in, it is dangerous, almost impossible, to get out again. As a German, born shortly after WWII I certainly know about all those people who found themselves part of the machinery – because they didn’t take a stand when there was still a possibility to push back against the malevolent development. By a generations-long training in obedience most people were unable to stand up against what they rightly perceived as “not right” in the hope of getting away with it. Understandable, but not good! They accepted to play “their” game, the game of the manipulators and power-hungry individuals and they gave their own power over to them.

Back to the question: how can we exit the game?

First of all we need to realise that we are a player in the game, that the reality we perceive is not just as it is, inevitably, but that its unfoldment is following certain rules.

They seem to behave like a train without brakes on a slope: rolling down by itself with increasing velocity until the final disaster. What possibilities do you have? Jump off the train and don’t care if others will save themselves or not? Or will you run and look for the emergency break and save everybody with what you are doing? Fight, flight or freeze? What is your habitual unconscious response?

I know, this is a very tricky question. These mechanisms exist in our biology to protect us from unpleasant surprises and threats of danger. Today we often don’t run away physically, but we flee into our head, into our imagination instead of facing reality. We freeze by repeating obsolete beliefs and actions and we fight like Don Quichotte against the windmill. Overwhelm and mental overload lurks around the corner, despair, depression or over-activism tell the story of our attempts to face the challenges.

Exiting from our own games – and now?

We might have succeeded in exiting the most fatal games in our own psyche and understood what we as humanity are doing. That brings us to the next round: how to spread the knowledge and inspire people to join us, to exit their private games in order to become able to together exit the global game of collective madness.

All boils down to these questions: