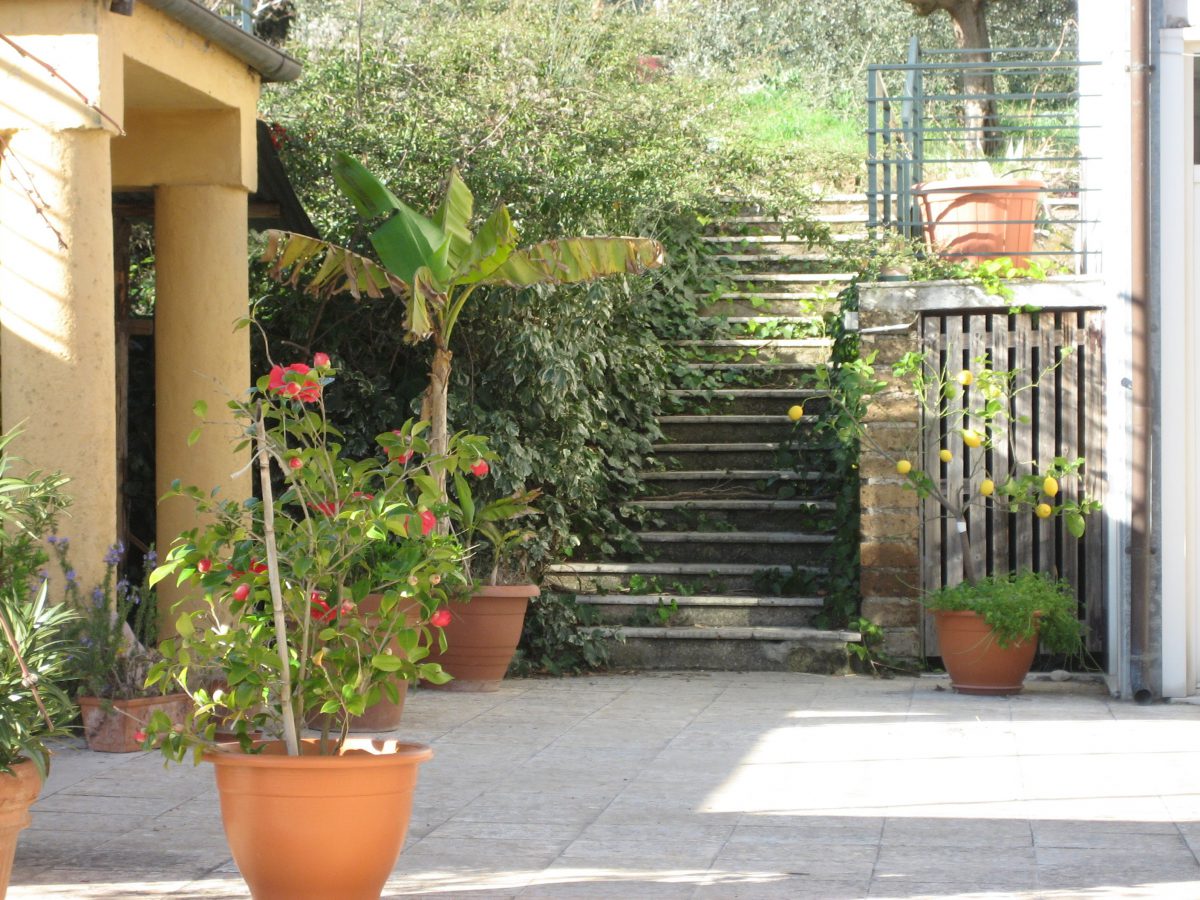 Getting in touch with nature:  it might be different than you expect

We dream of the quiet and happy place in nature where we will be free of what is bothering us. We believe nature to be as we see it in photographs or in lovely stories, a wonderful and positive place to be. Well, it is – and it is not. What do you expect? When you decide to open yourself up to REAL nature then you can learn a lot, find many moments of perfect fusion and enjoyment, but also many surprises which are sometimes not seen or lived as positive.

My Love Story with Living in the Countryside

I LOVE nature and when I lived in a big city on the third floor I dreamed of the simple life in the countryside, about growing my own vegetables and being ONE with Nature – the ideas which arose in the 60ies together with Post-Modernity. I realized the dream and I learned about reality by my own experience. And the reality which opened up to me was not always what I had expected and envisioned, Almost 40 years in close contact with animals, plants, the weather and the constant changes taught me that Nature is just what it is, neither good nor bad – or both. Nothing to be romantic about or to idealize in ways which city people often do, but a never ending source of learning.

So what is the problem?

You might say: When I go to live in the countryside somewhere in Europe for instance, I won’t be eaten by lions or crocodiles. No, you won’t, but you will be eaten, literally or figuratively, by many other things which you often haven’t even known they existed.

The gap between imagination and reality.

Does this sound like a negative outlook on what I am going to write? Maybe you might think so, but actually, it is not. This short article is my attempt to show you the gap between imagination and reality – and also the big gap between what is really beautiful and impressive, although not fitting in our cowardly expectations of beauty grounded in the illusion of a safe space.

Nature is not like we want it to be

Nature is not a safe space, for anyone. People who grow up in cities know nature mainly from the carefully cultivated parks and gardens. They often confuse their experience with what nature really is. I had run an agritourism and I had quite a few guests who were scandalized when they had to walk on the natural paths wearing their shoes with high heels, especially after rain. Did they really believe in finding pavements and streets everywhere in the countryside like they are used to in their big cities?

And there are animals in nature, insects who don’t die on the command of the city hygiene sprayings, there are mice who live their rightful existence (hopefully not inside the houses, but for sure in the stables). There are all sorts of animals which we have no idea of, except by the sweet pictures in books and advertisement: cows, sheep, lambs, rabbits, chicken and all other farm animals on one hand, and foxes, wild pigs, porcupines, badgers, martens, weasels, wild dogs on the other hand. We know very little about how to handle all those animals even when we have some experience with a cat or a dog. And if we have never had any animal at all we live in total illusion about the goodness of nature, about the easiness of being immersed in it fully and about producing our own food by handling the ground and the creatures.

How I entered in contact with the other side of Nature:

My initiation into the “unspeakable cruelty” of nature happened only after a few months of holding chicken and pigeons in a little hut behind my house surrounded by the beauty of the Umbrian hills. I was totally excited when one of the 4 hens deposited her first egg and the pigeons were breeding in their nests. What a miracle! I went very often to the tiny stable to check if there was another egg or a young pigeon born. One day I noticed that one hen was missing. Strange. I couldn’t explain it and went immediately into panic mode: I became very nervous, even fearful because I had no idea what had happened. Maybe a fox? Or somebody had stolen the hen, or… You know how the mind runs through worst case scenarios when we haven’t learned to control it yet, and how the stories we tell ourselves make us ever more nervous and upset.

That day, I checked the stable every hour. Three hens were there early in the morning, at about 10 o’clock I could find only two and at noon there was only one left. There was no hole in the fence where they could have gone out for a walk, but, actually, the door wasn’t locked properly, although always closed. At a certain point, I had to hang up the washing and turned around the far corner of the house – when I saw a white spot which looked like – an egg!!?? Here an egg? How come? And in the next moment, I saw the dog happily chewing on a chicken wing! I was totally shocked, petrified, helpless. I phoned my partner in his workplace and could hardly dial the numbers for the upset I experienced. My report must have sounded like a confused outburst of anger, indignation, upset, disappointment and more. The beautiful and romantic world I had lived in so far had crashed: How dare my dog (whom I loved) could do such a thing to me? And the poor hens! How CAN he DO such a thing! All my fantasies about the goodness – and harmlessness – of nature crumbled into pieces.

Letting go of what we think SHOULD BE:

There was more to come in the following years and it took me many years until I could let go of my unrealistic expectations of what nature SHOULD be and to be able to enjoy it as it is. Rather I became prepared for the unexpected, without fear and preoccupation – but just knowing that nature has its own terms and will never allow us to dominate her.

Nature has its own ways – and can impact politics and societies

We are now in 2017, we are living with poison in the air and in our food, the last icebergs are about to melt and the arctic winds arrive even in Italy while the drought in the Middle East has led to the mass exodus of people and the rise of power thirsty extremists who have no regard for anything, not even for their own personal lives, let alone for those of others. We are doing our very best to disturb the balance on our planet and we ignore the consequences. Humanity in its ignorance behaves like a safari tourist who takes a bath in a river and gets eaten by a crocodile. We have no idea about the relationship between cause and effect, we hope that Nature will continue to support us and keep us alive, or better, we don’t really pose the question.

My experiences with nature lead me to consider the present situation of the world as very critical. If we continue to exploit nature it will slap us in the face, as it is beginning already with droughts and storms of unheard-of consequences. Nature is not nice or kind, as we “New Agers” tend to believe. Nature will do her best to gain back her balance and she has no special regard for humans, as we are tempted to think. When she takes over we will learn the lesson of the sorcerer’s apprentice.

But why don’t we understand and learn? Why don’t we stop being so stupid as to believe that we are stronger than nature? Not only the 7.0 earthquakes in Italy, killing more than 300 people and destroying innumerable towns and villages, should show us that we are not as powerful as we think and that it would be better to collaborate with nature rather than trying to subdue it.

An invitation to a constructive discussion

Please write your comments below and contact me if you would like to have a conversation about this or similar topics in our live broadcasts at The Wisdom Factory. net