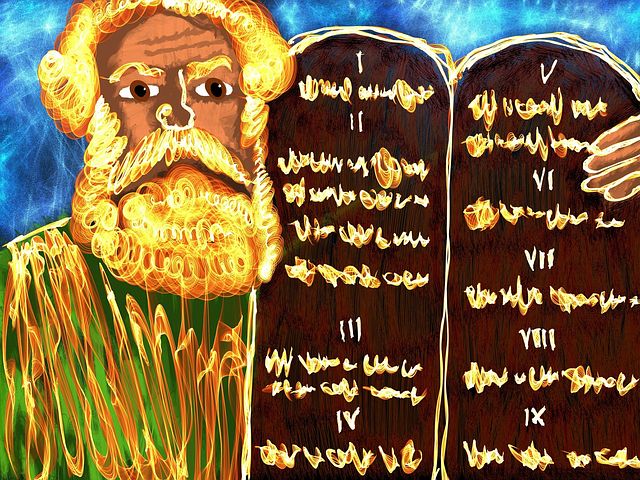 Racism, Political Correctness, Freedom of Speech (or it’s negation) and even “anti-bias training” are the key-words of post modern society. But they are grounded in error which I will explain using the topic RACSIM. Racism, as we see it today, has two origins. One is the biologically innate fear of “The Other”, the second is a confusion of certain attributes of people, like skin color, with their value systems which is shaping their behavior.

In the following I want to give you a short introduction about why it is not racism when people fight against all sorts of “others”, like immigrants or blacks or whites or whomever. Then I will share two videos. One explains the human drive to violence and the other the value systems of humans and how they develop.

The innate fear of the OTHER

From the beginning of time humans’ main concern in life, besides looking for food, was the desire for safety. Most creatures are less safe alone than when they form groups for mutual protection. Humans built tribes as the first form of living together more than 10000 years ago. In the Tribal Stage humans felt safe inside the group and they radically fought everyone who appeared at their “doorstep” who definitely was “the Other”, which was the same as “the Enemy”, an entity which needed to be killed. Tribes provided safety for the members but they prevented individuality. Everybody was confined to the habits and requirements of their specific tribe.

Later on, new ideas emerged: the hero appeared who leaves home to become a successful individual – or to fail and perish. This is the Egocentric Stage where the own individuality emerges and is expressed in the world, often in quite violent ways.

Then the necessity arose to contain the egocentric manifestation of men who oppressed their people with tyranny. They fought bloody wars in the pursuit of their personal power with those who were guided by some other tyrant – which was the Enemy. When this way of being in the world became intolerable, rules of living together were established in specific groups of individuals, and then the members of those groups cared for each other by following the rules and recognising a higher purpose in human life which was not anymore confined to survival or power. This was the conformist stage. Safety was found, again, in the group which then was an ethnic community or even a nation. Enemies are all those who don’t belong to the specific ethnicity or nation.

Many countries in the world are still arrested in the first 4 stages of development, while many western societies have climbed up two more steps.

Please watch the video below which explains “Spiral Dynamics Integral”, the research on the evolution of societies and the development of individuals which is connected to the evolution of values and worldviews.

What we call RACISM today has nothing to do with RACE

From the very short outline which I gave you above you can see that in different stages of human development safety is found in different ways and the definition of “the ENEMY” varies accordingly. While in early times the enemy belonged to another tribe, in the egocentric stage the enemy is EVERYBODY WHO THREATENS MY POWER. In the conformist stage the enemy is EVERYBODY WHO DOESN’T BELONG TO MY NATION or ethnic group.

The present USA was formed by many immigrants from Europe starting from the 1500’s. During the centuries they amalgamated to a rather homogeneous population. Their differences in culture and development were small from the beginning; they could reach a common understanding quite easily and grew together to the next stages. The egocentric behaviours of the first times were tamed and a sufficiently united nation arose.

Then the slaves came to America. Yes, they were black, but first of all they came from a purely tribal background into a country which already had grown out of tribalism for some time. The differences in behavior and worldview were clearly visible – and they were also the reason why the “white Americans” were able to exploit the black slaves in the way they did. Belonging is the main need for tribal people, not fighting against power. So they accepted their role as slaves belonging to some master, naturally.

Slowly the consciousness arose that dominating others is not morally right and the slaves were freed – not always to their immediate advantage as they were not used to stand up for themselves as mature individuals, due to their tribal identity. As a response to the changed life conditions black people in America grew into the egocentric stage, also called the “warrior stage” and in time single individuals had the chance to grow into higher levels of development when they met the right conditions in their life, as for instance individual help in education or living in a surrounding which encourages growth and development.

Racism in USA – a clash of value systems

Racism against blacks or Mexicans actually has not much to do with the skin color of people or even of the geographical provenance. As outlined above, many blacks in America belong to the warrior stage or below – and so do Mexicans, Africans or other third world populations. Missing differentiation creates the appearance that the problem is “the Blacks” or “the Mexicans”, but it is their OTHERNESS which creates the refusal to recognize them as peers. They are not peers because they live within another worldview, within a different value system which the Americans refuse to recognize as still valid. They in their majority have gone through that period already. They are also rather dismissive of the subgroup of their own population which is still caught in the egocentric stage – which finds expression often in criminal activity. So criminality is easily equated to Blacks or any other ethnic or social group from “outside”.

You don’t need to have different skin color or to be born in a different nation: A new form of racism against home born Americans is coming through these days by the stigmatisation of “white males” as the oppressors of minorities like “black women” or LGBT’s. It is brought forth by postmodern activists who – instead of embracing the positive values of post-modernism – fall back into previous developmental stages and fight for their own power on the backs of those who they pretend to fight for. They ignore the rules of society and intend to destroy the structures which they believe to be oppressive and totally arbitrary and without intrinsic meaning. And doing so they throw the baby out with the bathwater and celebrate their fall back into previous stages of development with the credo of a stage, the post-modern “green” stage (in terms of “Spiral Dynamics”), on their lips which actually would be the most advanced stage in our western societies if it had been reached in a healthy way. 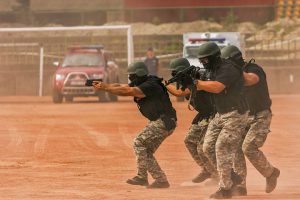 If humanity had indulged in violence as expressed in the egocentric stage of development we probably wouldn’t be here today to talk about the situation in the world. We would have annihilated our species with much probability if we hadn’t found a way to tame the destructive emotions of the individuals. Religious beliefs emerged and with them a guidance of how to live our lives properly. Rules were established on how to treat each other and those who didn’t obey the rules were marginalised, imprisoned or killed – mainly the same mechanisms which we still find today. 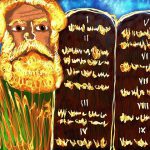 The emergence of this stage in our development, the conformist stage, made it possible for humanity to stay alive and avoid self-extinction.

Are we able to handle our challenges today?

Today we are again at a similar moment where self extinction is a possibility, due to the same egocentric drive among individuals in “leadership” positions. But actually it is more complicated than that as we have to deal with two more levels of development in action, modernism and post-modernism which both add their pathologies to the mix and make it even more explosive and dangerous than medieval killings with sticks, knives and swords.

Listen to the explanations of Dr. Jordan Peterson about the history of violence and you will get some important insights why the new-age ideas of mere positive thinking as a remedy for everything is just not enough – and even dangerous when we adopt those thoughts as our idea of existence. We are naive when we ignore the deeper reality – and we are easy prey to malevolence and evil.

A History of Violence:  an interview with Dr. Jordan Peterson

Conflicts arise all the time when humans live together. Whether people can handle conflicts and even transform them into growth and development depends on their personal growth, their level of resilience and, at least partly, on their level of development. Lower levels, especially the warrior stage, encourage confrontation and destruction, while higher levels, the “green” stage, encourages love and compassion in the case of interpersonal problems. Unfortunately, even the green level has not yet all the means to really step out of the treadmill and see the bigger picture where all conflict is seen as an expression and clash of worldviews whose members believe they possess the one and only truth and all the others are wrong. Such a position cannot lead to understanding and peace by its very assumptions: “only WE are right”.

Humanity must grow as a whole and leave behind the first 6 stages of development before they really will be able to create peace on earth.

At least a certain percentage needs to be there and those individuals need to learn a language with which they can reach those on lower levels of development and gently – or not so gently, depending on whom they are dealing with – bring them to a new and better understanding about what really matters in life.