And also sparsely “Undocumented” by me as it might interfere with the flow of this rant!

The events of this summer, as Heidi and I became aware of them, have stuffed down our throats some most – to continue the parallelisms – “Unpalatable” mouthfuls.

Topping them all off has been the understanding that evil exists in all the horribly banal forms in which it has always been found.  In this case we’ve been exposed to the vomitably sickening account of the “real” story supporting the case to be made in favor of Russian interference in our last presidential election.

Please don’t misunderstand, I voted for Hillary simply because she was not Donald.  Bernie, running with Elizabeth Warren as his VP, would have been a combo I could have enthusiastically supported, even if not my “ideal” team.  Excuse the digression which is only to clarify context.

Apropos, I considered a couple days ago reading a recent article in The Atlantic, linked to a post on Facebook by someone whose name I’ve forgotten.  The author. Rosie Gray, titled her article:

(with this subtitle, still quoting Browder): “I hope that my story will help you understand the methods of Russian operatives in Washington and how they use U.S. enablers to achieve major foreign policy goals without disclosing those interests.”
It was a bone chilling account of ruthless oligarchical mafiosi of the worst Russian sort and their battle with the equally “competent” Vladimir Putin.  The utter cruelty of all parties in their struggle to loot the rest of the world, now that the homeland itself has been cleaned out, recalls the extremes of Stalin and Hitler and Mao and all those Kim Il Somebodies in North Korea and elsewhere. Undercover of some ism or other, they stop at nothing to attain immense wealth and power.  Such (inset your favorite evil here) -opathy requires endless struggle against real or imagined enemies for which we all pay.

I confess that I intuited what the article would recount and passed it unread on to Heidi, who was stunned with incomprehension at what Browder recounted in Gray’s article. With the (perhaps) unknowing enabling of American law firms and publicists, a great campaign was launched by Putin to repeal – or at least “defang” – the Magnitsky Act which had been passed by Congress in 2012 in response to brutal and fatal human rights violations of a lawyer, Sergei Magnitsky, who had been uncovering illegal pilfering of, among other activities, the Russian treasury by Putin himself – along with his cohorts. What he eventually uncovered was a veritable hoovering machine which provided Putin personally with percentages of the take of the cream of the oligarchs who didn’t want to end up like the wealthiest of them all, Mikhail Khodorkovsky, publicly humiliated in a cage for a trial that put him in prison for 10 years followed by exile in Switzerland.  In the course of the cover up exposed by Magnitsky, others were murdered, not always within Russia itself.

The Magnitsky Act enabled billions of Russian funds held in banks elsewhere, especially in the United States, to be sequestered.  This included Putin’s own money and that of his henchmen who no longer trusted that their money would be safe within Russia.  The Panama Papers added much detail to these operations.

The Magnitsky Act enabled billions of Russian funds to be sequestered.

As horrible as these ongoing crimes have been, they are internationally recognised as illegal and subject to legislative control. Now I want to pass onto another huge area of concern, but in this case the events are not seen as illegal…because they are neither known nor acknowledged!

As such there is no law against these activities and no legal entity is responsible, right here in the good ol’ USA! The unmistakable ongoing presence of living entities from beyond this earth.

…they have…mastered faster than light limitations on speed

In the past few months, and especially since May, we have become aware, largely due to the tireless and decades long persevering research of Dr. Steven Greer, of evidence that Heidi and I consider convincing regarding:

To be sure, he too is protected by high and powerful agents, many ex-military, who enable him to continue his research and ongoing exposés. Heidi and I trust that anyone reasonably intelligent and open minded will also find him credible after some exposure to him.  An excellent place to start would be his just released crowdfunded video documentary “Unacknowledged” available for rental or purchase ($15) through Amazon. His earlier film from 2013, “SIRIUS” is now free on YouTube at: https://www.youtube.com/watch?v=5C_-HLD21hA

Further media and references can be found on his Facebook page at: https://www.facebook.com/pg/Dr-Steven-M-Greer-194568653910069/posts/?ref=page_internal

Do not worry any longer about the ridicule of anyone.  It’s too late for that! 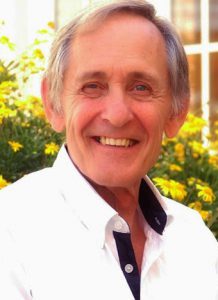 One thought on ““Unacknowledged, Unaccountable, Unconstitutional, Unspeakable and International””