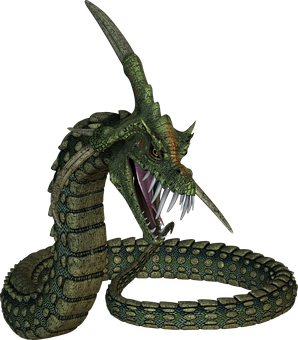 I do think that I am a good person, friendly, kind, everything. I don’t want evil in the world and I am convinced that I never would be evil myself. – This is the way most of us think and believe about themselves, right? So why is there all this evil in the world? Or the precursors of evil, the things which just are not right, like poisoning the fields, the sea, even the inside of the earth by inserting fracking chemicals or nuclear waste. That’s not evil! We need to do something with that stuff and certainly we don’t want it in front of our houses. Far away we don’t need to be reminded about the evil consequences which they most likely will exhibit, sooner or later. Our thoughtlessness and inability to calculate and respect the consequences of our actions don’t seem evil right away, but they are, if you really think about it. We are all innocent evil doers and eager to forget about it: I don’t care, I will be dead anyways when the consequences will come forth!

There was a time where people were aware of their being part of the ecosystem and they recognized Nature, or God, or the Kosmos as superior to us and that we would be wise to collaborate with their rules instead of challenging them and trying to impose our own. This sort of morality was part of existence in tribal societies. Then again in traditional societies which used the word of their God to keep people in behaviors which were counterproductive to society and/or the world. The awakening of the ego had challenged the sense of belonging to the whole and of playing a natural part in it. The Ego had claimed its power to fight against reality in the way it wanted to, believing to be God itself. Despite of the partial truth in that idea, the resulting behavior was not sustainable. Hence the need for external authorities, a powerful  omnipotent God whose task it was to keep the destructive power of the Ego under control.

The role of religion

Whatever you want to say about religions, they succeeded quite well in guiding people’s behaviors towards the good and to have them recognize (and be punished for) the bad. We won’t discuss here the questionable development in power structures inside religions – their leaders were humans, after all, with a similar mindset of the rest of the world, but with the insight that something needed to be done to maintain “peace on earth”. It is no wonder that the power they needed to impose the obedience of certain “good” rules at the long run could transform in power abuse, but this is another topic.

From religion to mass destruction

Here I want to state that, in times where the following of rules was the normal way of human life, the damage which could be done by “immoral” people, those who didn’t obey the basic requirements of the distilled rules of “best” human behavior in a society, couldn’t do too much harm in comparison to today. Yes, groups of people fought each other, but they fought man to man, a somehow fair way to solve conflicts. With the invention of war technology, from firearms to all the range of destructive tools we possess today the picture has changed completely. The amount of evil a single person can cause upon millions of others is absolutely inconceivable if you really think about it. There is no fairness in any fight anymore, no possibility to resolve conflict on a human basis, when one person can kill huge amounts of people without even facing them, without even needing to meet their own inner knowing of “good and evil” which would mirror them back that it is not right what they are doing.

The predicament of the loss of morality

In times of developed technology with destructive potential and where everybody has the possibility to use them to a certain degree, the morality is badly needed which once was transmitted by traditional religions. But those rules of behavior have no traction on people anymore because of their connection with abused power. What a dilemma which can cause the extinction of humanity by humanity itself and its need to evolve.

When we don’t have external authorities anymore who tell us what is good and what is bad, we have several possibilities to respond.

“I am my own authority” – the consequences

In the first case everything can go well if the individual is psychologically healthy and evaluates the consequences of their actions, so that what is good for themselves is also good for their families and wider community, up to humanity itself. If this attitude is adopted by an immature person, though,  who takes delight in dominating and, maybe, even in the suffering they can cause to others, then it is definitely a huge problem. These people easily collect those of the second category, the confused and helpless people and offer them a solution for their problems. The leaders know what is good or bad and the followers can give up and give over their personal responsibility to an entity outside themselves. As long as this entity was “God”, it was less likely to lead into disaster than when it is a psychologically distorted human being. Hitler was happy to have been able to mobilise a whole country for his evil ideas of total destruction. Without people who were desperately looking for a “God” to resolve their problems, he wouldn’t have been able to do what he did.

Why it is important to get acquainted with your shadow

The world today is full of potential little Hitlers, fighting each other in competition for followers. What can we do to not fall prey of these people and movements? The only solution, in my view, lies in point 3 above: Go inside yourself and discern good and evil in your own being. We can control only what we know. What lies outside of our awareness is automatically outside of our control. This is the answer to why so many ugly things happen in the world, why so many people cause suffering to others, often without even knowing about it.

How can we recognize our shadow material?

When we get angry about somebody or something and this anger keeps staying with us for a long time, this is a good indicator that, what we see in others, is what we don’t want to see in ourselves. The same is valid for other strong emotions, like deep sadness, exaggerated enthusiasm, fear and so on. We can start here and look inside ourselves to find those parts of us which mirror our emotions. We will find out that we are not as good and ethical as we believed before. Or better: yes, we are as good as ethical as we show to the world, when we have contacted our evil parts, examined them, acknowledged them and decided not to act on them.

How is it that “normal” people like me and you become mass torturers in a prison camp? What would you have done in WWII ? Would you have saved a jew in Germany while having a high probability to end up in a lager yourself? When you needed a job to feed your children and someone offered you work as a camp guard in Auschwitz, would you have taken it or risked to be stigmatised as a “friend of the jews” when you chose not to? How do you know that?

What we need to do if we want “peace on earth”

What we all need to do in these times of a missing common ethic: we need to understand and experience deeply in ourselves our human capacity for evil: when we tease an animal; when we  say a bad word to our spouse despite our knowledge how much it hurts her or him; when feel superior to those in need, like refugees and migrants which happen to ask something from you. So many scenarios where we can examine the parts in us which are inclined to draw benefit of the misfortune of others, our arrogance and false omnipotence which tempts us to abuse the power we have, the many ways where we delude ourselves to be someone who we are not.

Only with a radical look on ourselves. Only with getting to know ourselves very, very well, we have the chance to DECIDE which of our inner voices will speak and act in any given situation. Then we can be an example for others, like Ghandi or Nelson Mandela. Only then we can have a positive  influence on others and guide them in their struggle to orient themselves in this confusing world of individualism without a commonly accepted and transmitted morality or ethics for social behavior.