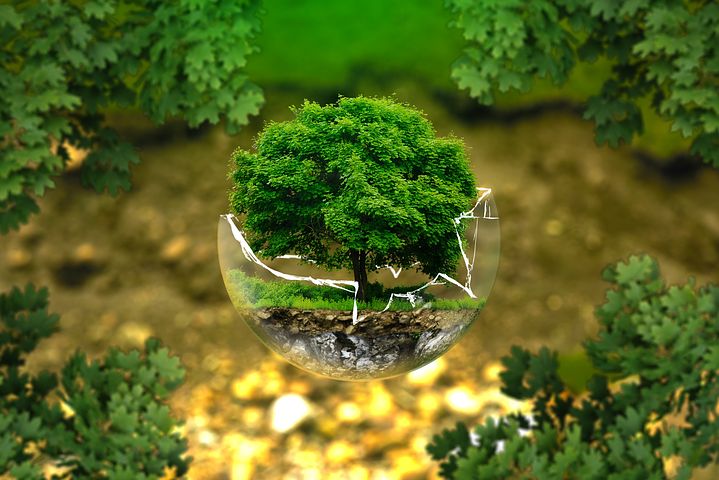 After having listened to part 2 of Jeff Salzman’s analysis of Jordan Peterson I want to add some more considerations.

View my considerations to the first part here

Jeff, yes, it is true that Peterson considers that what he calls “Postmodernism” is a disaster unfolding and needs to be corrected. You remark that Jordan doesn’t recognize the good developments which came with postmodernism, like the increased sensitivity to previously neglected viewpoints and ways of being. I agree, BUT: Why do we think that our understanding of the word “postmodernism” is universally agreed upon? It might just be a clash of terminology which seems to create differences where they might not be. And he certainly appreciates what has developed in terms of increased sensitivity towards Being which we connect with the word Post-Modernism, too. He doesn’t connect those two things as we integralists do. Right or wrong? Is it really important how we name things?

The Power of Words

In fact, Peterson is VERY sensitive to words. So when one of the interviewers of the clip in this analysis mentions the word “white supremacy”, he finds Peterson in complete rejection to even consider it. What if the interviewer had used less ideological colored language? I am sure there could have been a conversation about the topic.

Jeff, you seem to agree with “white supremacy” as a fact in our history. I guess you mean that our story unfolded as cultures in the West driven by people who happened to be white in skin color. This is no justification for agreeing with that term as it is loaded with presuppositions like: “white people are bad, they hold power and have created this horrible culture where everybody else is suppressed. They do bad things because they are white, while all others are better and need to be superior to them”. So if you use these words then you buy into the ideological game which in itself is deeply racist. Instead of helping to overcome racism, these terms and talking about them in the leftist way is CREATING a new racism and, at the end, deepening the one we have been overcoming as a society in a possible backlash.

The Danger of Backlash

Same thing with #Metoo. Starting out as a good thing it is in huge danger to play against women instead of helping them to find their place in public. The human psyche works still in the “old” ways, despite of all the beautiful developmental steps which we have done as humanity. Not even in “Integral” we are fully aware of our underlying psychological structures and drives which lead our decisions in life, every moment. I have mentioned that before: we still don’t know the waters in which we are swimming in terms of our individual conditioning, let alone of those on the humanity level.

Here I want to address what you said about us being in a different level of development today than we were at the beginning of the last century. This is true to a certain degree, but there is no evidence that we could not fall back into totalitarianism, into hate and wars with the blink of the eye. What makes you so confident that that can not happen? The totalitarian explosions on both sides, right AND left, are already spreading hate speech (although the leftist project the ”Hate Speech” on people they hate themselves). Strange that left extremism and violence is tolerated by us “developed” people to a far bigger degree than right extremism!

So when you say that Postmodernism is just a step in human development – which it is – that doesn’t mean that we should overlook the real danger which comes from there for our freedoms and democratic cultures. We shouldn’t excuse it as young people’s follies when they violently hinder people from speaking and build barriers. This happened in the 60ies and has brought us – at least in Germany – the beginning of restrictions in personal freedom in order to handle those who had become ideological terrorists.

It is one thing if people ask you to do something which you don’t want to do and if you are compelled to do that by the reinforcement by laws. Peterson points out clearly that the changes in Canadian law can easily be used against those people who now seem to be the beneficiaries. When there is written in law that “biological gender, gender expression, sexual proclivity and choice” etc. are independent factors and vary at will. That would mean for instance that preferring men as sexual partners as a man is just a personal choice which could be different tomorrow. And if being gay legally is not bound to what you feel to be your deepest inner feeling of identity, everyone in power can just ask you to change and become bi-sexual or whatever. This is the real danger: who is interpreting these laws have the power over you?

So it is better not to write laws like that. The German disaster began with laws about how people should be or not be and how they should behave and speak. We don’t know how many people have survived when they refused to say “Heil Hitler”, not many, probably. And as I pointed out in part one: people who expressed their personality in terms of their ideas, of their skin color, their religion and their state of mental health could be attacked by any means, even with physical violence, without being protected by fellow citizens or the state powers.

I was strongly reminded of that when listening to the debate at Queen’s  where protesters banged violently on the windows of the beautiful university hall for 2 hours and even breaking them. Who gives them the right to break objects which they don’t own and to tyrannise 900 people without being stopped by the forces of order? Only because they are lefties they can use violence against non-violent others while pretending to fight the violence of the far right? What a strange world we seem to live in today where tolerance is requested by those being themselves totally intolerant!

The center of gravity

Another thing I want to bring up which seems crucial to me: Peterson, in my opinion, is not centered in traditionalism as you say. Yes, he helps people to develop healthy ways of living with other people, especially by guiding them to a healthy Blue which had been rejected as the basis of children’s education from the 70ies on and therefore has left a void in almost all of us who are living in the Western world now.

Peterson is a psychologist and he sees people with the eyes of someone who has deeply looked into the human soul and has understood where the lacks and needs reside. As I said before: only because we go through the stages of development a la Spiral Dynamics in a relatively short time, our souls have a different timing and hang behind, far more than we want to admit. As humanity we are still struggling with Blue – and surprisingly not only when struggling up from Red, but also when we somehow are already in those “higher levels”. We have all the voices struggling within us which were formed by both personal and collective history and experience.

Although we might believe to be an integrated person, we are not really. Maybe we have learned to navigate the inner competing voices, but we are far from not needing guidelines of how to live our lives in an ever more deep and comprehensive manner. With other words: we need meaning, we need religion in all stages of our development, we are not “above” religion as you, Jeff, mentioned. We might be above the past religious dogma, christian, jewish, islam or buddhist – and that would be a good idea to weed out the culture and time dependent components of those religions. But we need stories to guide our own lives wherever on the spiral we are.

Here the Biblical Lectures of Jordan Peterson come in. In my eyes he is not promoting Christianity, or any other religion, as the solution for our problems. He is digging out the wisdom of these ancient stories from a psychological point of view. He recognizes in those stories the ancient predicaments of humans living their lives on this planet. And he points out that we, as humanity, are still confronted with exactly the same problems, sometimes in different disguises. That’s why listening to the lectures can help you appreciate the attempt of Christianity to help people finding meaning and inspiration in the midst of chaos and, yes, suffering.

We modern people, even integralists, have the tendency to throw the baby out with the bathwater, especially when addressing those old fashioned topics like religion which we believe to have overcome long time ago and substitute it by calling it “spirituality”. And we confuse the institution of any church with the content of the message. Dismissing Christianity which has driven our Western culture to the point where we are now, we dismiss ourselves as human beings who live, consciously or not, as the momentaneous last piece of a long chain of collective experience. We are grounded in our culture – as well as anybody else is in their culture – and we need to take good care of it, heal it where it is necessary but not allow that it gets dumped like a worthless sack of trash.

The stories which Jordan opens up to us with his psychological interpretation are deeply exposing human experience and that’s why so many people have these moments of recognition when they hear his explainations. It is this “AHA” when you feel you had already known all that, somehow, and now someone gives words to it so that you can understand it better. This is the same sort of recognition that some people experience when coming in contact with Integral Theory. Both “interpretations” of the world reveal a deeper truth which we humans recognise in us, probably due to our collective memory of which we are not aware most of the time – until someone comes along to open our eyes to it again. But this time it is not a memory of understanding, but a memory of experience.

Why do so few people understand Psychology? – Ignorance can create  disasters. How?

For instance: “Anti bias training” is now introduced and requested, by people who are super biased  themselves in a very restricted way and have no idea that “Bias” ist not equal to “bad”. Thank God we have certain biases! For instance for keeping save our children as opposed to mosquito populations.

There are psychological rules: For instance:  pressure imposed on us will create resistance which can be met either by fight, flight or freeze. In East Germany the pressure to not say or do certain things didn’t eradicate people’s thoughts and desire for freedom. So strange that these latest super leftist practices are proposed in the name of FREEDOM although it is common psychological knowledge that they lead into suppression and tyranny.

Peterson is doing great work of letting people know about their own psychology. He is not a philosopher, of which we already have more than enough. He knows the human psyche and he is a milestone on the way of people to finally get to know themselves a little better – especially before they come out with huge claims which contradict the human psyche and cannot but lead into  huge problems. With his help we might be able to avoid  in the future some of the disasters of today.

Jordan Peterson’s new book which arouses so much public recognition:12 Rules for Life: An Antidote to Chaos