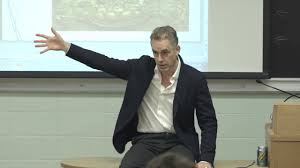 Hi Jeff,
We just listened to your first part on Jordan Peterson and I would like to chime in with a few thoughts.

First of all: I am happy that you took my suggestion of last summer to have a look into his work and I am very thankful that you talk about him and his appearance in public. It is really important to get him out of the corner of a “alt-right” person by which he is defamed sometimes.

Second of all: We have watched ALL his lectures on Personality, “Maps of Meaning” and the psychological interpretation of religious stories, and most of the interviews he has given. From there I want to add something to what you say.

Third of all: I truly do believe that Jordan is a thinker on the integral level and that he would hugely benefit of knowing the integral map. I actually have already written an email to him about that (when a distinction by the 4 quadrants would have resolved the seeming conflict in a conversation) and suggested a conversation with a Wilberian integral thinker, but I didn’t get any answer. I certainly understand that, as he has undergone a huge journey into visibility (and fan post) since we discovered him in October 16, a month after he did the videos you were talking about (which, btw, were NOT lectures, but just his private considerations which he recorded one night when he couldn’t sleep because of these thoughts, as he once said).

Jordan is well at home in Blue, Orange AND Green

Jordan was involved in environmentalist tasks for a while and he is well aware of the need of healthy green, but, as you said, he is not aware that this is the positive part of green. He concentrates on the pathologies and I am really glad that he does. As you might know, his main research interest was why these horrible things in Europe could happen in the last century, and propelled speech and the institutionalized equality of outcome were the main components which have led to the disaster. I am very grateful that he is pointing out this huge danger to the public and that he warns of the consequences of having these things written into law and that “special cases” can even be subtracted from the “normal” law system and given over to tribunals, as it is already written into law in Canada.

People might think that it is Jordan’s personal inclination to not use these “damn pronouns”, but it is much more than that! It is not just a personal choice, but the attempt to prevent the worst!

Stop it before it is too late!

I was grown in post-war Germany and my home town Coburg was the first which, already in 1926 or so, had a Nazi administration. Already hoards of loud young man could attack, verbally and even physically, the people they didn’t like without sanction and without many citizens standing up for freedom and personal rights of the attacked (mainly Jews, but not only, as every friend of the Jews was put into the same identity group open to be mistreated by people who had drunk Nazi ideology). 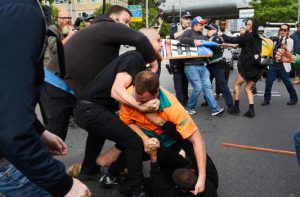 I think you shouldn’t take it too lightly and really see the enormous consequences of the present tendencies to accommodate extremist ideology and to accept the fear and cowardice of most of the people who “hope for the best” but are enabling the rise of totalitarian power structures led by power driven individuals who have no respect for others.They are mainly pathological red masked as green.

Green has no idea about evil and dwells too much in “positivity”, blind to everything which doesn’t fit into the utopian picture. My awakening out of my green dreams of a good and benevolent world and people during the last 2 years where really very deeply devastating and freeing at the same time. It started before I knew Peterson, but he helped me to understand my illusions and why they had to crash in order for me to grow. It is a much deeper shadow work than I had done during the past 20 years because it was not only my personal shadow which needed to be addressed but our collective shadow as humans in this world.

You criticize Peterson’s good vs. evil position. I think he really is following the integral claim about meeting the people where they are. He is speaking to people from Blue to Green and all these stages definitely live in this polarity of knowing what is good and bad, according to their world view. So I think he is doing fine with simplifying his message into words and images which people can understand easily. I do think that he is very masterful in bringing the points across without too many “building up” explanations which intend to include everything and only after a long time come to the point – something I always get completely tired of when listening to Ken. 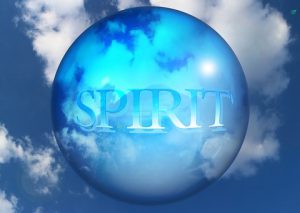 Spirituality: Jordan reports a few times that he has experienced deep spiritual openings that have made him understand the other reality, let’s say. His mission is to help people to live their lives better in this material reality, he is not interested in teaching them spirituality or religion.

Listening to his biblical lectures: I have understood that the Bible is not about religion although it has served to support Christianity. At that time people have interpreted it in a way that served them to construct a belief system and the Church. But because of that, it would be very shortsighted to dismiss it as “old and inadequate” for our times. When I was 14 and was “confirmed” in the Lutheran church, I decided that this is “not for me” and dismissed everything connected with the Bible, until last year, when I heard Jordan extrapolating the meaning of these stories in such a way that I could deeply relate to them and I felt reconciled with Christianity – although I still think that it is obsolete as an institution, but not as a philosophy and way of life. 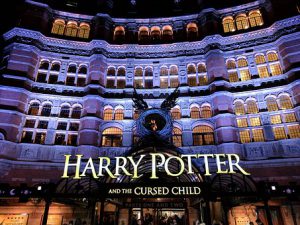 I understand now that the Bible is a collection of stories which were able to transmit deep human truths in pictures, things which we now can name in psychology, biology, sociology etc., but for which were no direct words then.

Jordan explains that art and music, and especially stories being told, conceive the emerging truth long before it is visible, and they tell the story of humanity. He makes a clear case that contemporary stories and films like Harry Potter or Pinocchio have the very same function as the Bible: acting out and making visible archetypical human experience and wisdom. So why dismiss biblical stories while watching films? You love the Matrix. Same function!

Long story short: Peterson was as important for me, my insights and my development, as was Wilber more than 20 years ago. I am very grateful for that. And I am glad that he slowly is integrated in the “integral community” as someone to take into consideration. I would love to see a conversation between you, Jordan and Eugene Pustoshkin (as he is also a psychologist) and I wonder if you and Integral Life could arrange that for the fall, when all this excitement about the book has calmed down a little?

Btw: his new book is only new in terms of publication which happened this winter, mainly by chance. He said that it was distilled from answers he had given on Quora many years ago and that he was putting it into a book for the past 3 or 4 years. Serendipity!

12 Rules for Life: An Antidote to Chaos