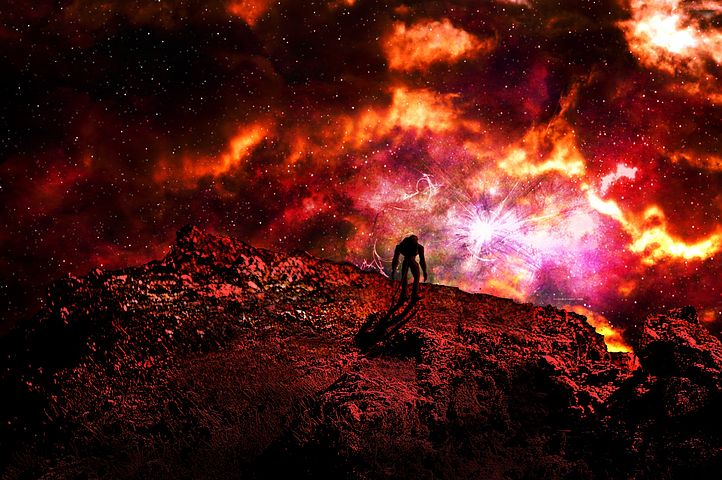 The questionable methods of established science

I grew up with the strong belief that science is aiming to reveal the truth, that scientists use their rational mind in their research of data and their interpretations of the data.

Science is not what it should be

Well, it is heartbreaking to understand that science is NOT what it should be: detect the truth. Rupert Sheldrake has written a whole book about that, where he shows that main-stream science today is dogmatic, more a form of religion (=strong belief in unexamined ideas) than a means to discover the truth. You can read his valuable arguments in “The Science Delusion” or in his conversations on Youtube

TODAY I WANT TO ADD MY OWN LITTLE EXPERIENCE OF THE UN-TRUSTWORTHYNESS OF (some – or many?) SCIENTISTS WHO SPREAD THEIR MANUFACTURED RESULTS.

Since the earthquake last week here in Italy I am following a livestream on youtube by Dutchsinse who is observing the whole world on earthquakes and makes predictions where to watch out for the near future. He had predicted the eartquake here in Italy, where about 300 people died.

He regularly complaints about certain people, responsible for the earthquake-news in USA, who don’t report those earthquakes which were predicted by Dutchsinse, or they level them down.

Why would the do that? I thought. I didn’t want to believe, I thought this live-stream guy might be just somebody enjoying victimhood. Why would the scientists not only not admit that the predictions were right, but hide the facts all together?

Well, the Geologist’s BELIEF -SYSTEM says: Earthquakes cannot be predicted. And if somebody can predict them, over and over again, then their card-house of assumptions and beliefs would crumble and they would have to change their ideas about their subject. Ego doesn’t allow to admit that you are wrong – many people die because of strong egos among scientists of today.

I SAW IT WITH MY OWN EYES YESTERDAY MORNING.

An earthquake of 4.3 in central Italy was reported on the “world” section of an Italian website. I saw it about 10 min. after it happened. It was not reported on the Italian section yet, nothing was reported there for the last hour. I thought, well, they need some time to update……

In the evening I went back to this website. On the Italian page an earthquake was reported, about 10 minutes after the one I saw in the morning and the quote was under 4 (that means: not so dangerous). And on the international page the 4.3 of the morning had disappeared down to something like 3.7.

I don’t know if they just deleted the strong earthquake or downsized it. But, obviously, somebody has had his hands in there. Only a day before Dutchsinse had said that Italy had to watch out for more strong earthquakes, not as strong as the previous ones, but….. And 4.3 is in the range of being considered strong.

“Guarda caso” – say the Italians. Means something like “here we are again”. And I begin to believe that we cannot trust anymore what we hear reported by well known scientist who are leading important institutions. Power corrupts, everywhere. (And who knows who pays them? The Fracking Industry, I guess)

PS: This post was first published in branded.me in August 2016 after the first big earthquake in Italy where 300 people died.

In the meantime there have been other 3 noteworthy earthquakes here, one even of magnitude 7.2 on October 30th 2016.

I had the chance to observe how the manipulation of the magnitudes happened from moment to moment: down to 6.1, up to 6.6 and then left at 6.5.  It definitely was more, it felt quite different than the 6.5 in August – which then was downgraded to 6.1 I believe.

The show goes on. I wrote a blogpost in our main TheWisdomFactory.net website about how science is NOT an objective discipline but a belief system which is fiercly defended by the (still) main stream scientists. Read there what happened in a private moment when the topic earthquake forecast came up

Certainly, the earthquake forecasting is in its beginning, not allways right, but often enough to take it serieously. When rain is forecasted and instead we get sun, nobody is much upset with the forecaster, right?

Well, with the earthquakes there is another clima: doubt and the willingness to attack, deny, and suppress. If they, instead, would give the money and the opportunity to study the phenomena more in depth – what a single person by himself cannot really accomplish, but a group of dedicated people is needed -, then it can come out if there is truth in it and to what degree. Maybe it will never be exact – or onla as exact as weather forecastin. But it would help anyway to warn people and take the constant fear away of THE BIG ONE – which will NEVER happen without preannouncement.

2 thoughts on “Science is not what science should be”