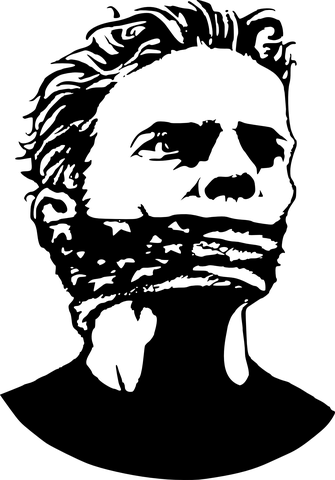 We made it about 400 years ago: the separation of church and state. It took many centuries of fight and suffering, thousands of “heretics” burnt at the stake, loosing their lives for our benefit: For us to be able to say whatever we want without ending up imprisoned, tortured, stoned or burnt. Are we now heading back to the Middle Ages?

Funny enough – or better: tragic enough, it is the leading edge of modern societies who is pushing us back into that state where we lose our freedom of speech, where we have to bite our tongue if we don’t want to be denounced and tried for what we say: If not as in the Middle Ages, but certainly as in the “east-block” countries. I grew up in Germany, fortunately in the West, but I had relatives in the East and I know how they were continuously threatened and had to be very careful or pay dearly if they said something about a certain group or the practices of the state.

The Levels of Development – evolution in healthy and unhealthy forms

The unhealthy form of the”green” level  is  expressed in an aggressive  fundamentalism (see the levels of development in “Spiral Dynamics” or as outlaid by Ken Wilber). It is nothing better than any other fundamentalism, only the target changes. Western Societies have recently been governed mostly by people with a “green”- postmodern – mindset. In their attempt to protect minorities and to see everybody as (literally) equal, they see the necessity to create laws to protect THE FEELINGS of certain members of certain minorities.

Who is Responsible for Your Feelings?

Modern psychology has clearly stated that we are responsible for our own feelings, we alone, nobody else. Yes, we can be triggered by what other people do or say, but how we react to the trigger, that is exclusively our own choice. With the new laws in Canada this gets completely turned around. People’s feelings are considered subject to criminal deeds done by others. This is the perfect form of victimism which is appropriate for little children, but not for adult citizens in the world. It reminds me of my mother’s saying with which she tried to teach me responsibility for my actions: “It’s too bad for my mother that I froze my fingers; why didn’t she give me gloves?”

So, whose feelings would be eligible to be protected by law?- and whose not? Apart from the fact that it is absolutely beside the point for the above reasons, it is a bottomless barrel. We will end up staying silent, all the time, for fear of being accused and “burnt at the stake”. Hello Middle Ages!

We will end up in a totalitarian state – from which most of the present refugees are trying to escape by flooding into the Western world. Will we give up our achievements in our societies and allow practices of previous levels to govern us again? Do you want to live in constant fear and repression because someone believes that you have violated THEIR rules?

Do you want THEIR rules to take over our countries? Think about it and get clear about the consequences for yourself, your family, your country and the world. And if you decide that your freedom of speech is more important and also the freedom in your personal life altogether, then stand up and fight for the principles of our constitutions and watch out for all the hidden or open attempts to re-establish values which we had overcome with so much sacrifice during the past centuries.

Is This a Picture of Mohamed? – what can you say and what not?

Here you can experience what we are heading toward – if we don’t pay attention: Jordan Peterson brings it to the point in this short video. Feel into it and observe yourself: would you like to live with the fear of saying the “wrong” words?

Let me know what you think about it . now, after you have watched the video!