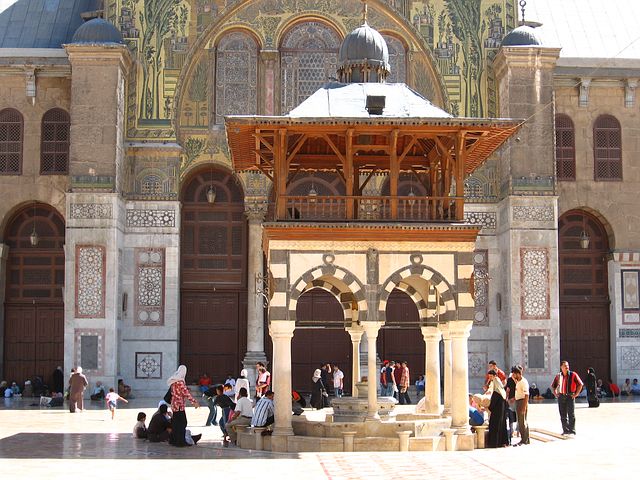 There were times, not too long ago, where the question of where you would like to live was not anything which would have concerned most of humanity.  Today it is a burning question for very many people on this planet although for completely different reasons.

Although the present situation seems very difficult and almost hopeless – and I will describe why – there is a bright light shining on the horizon. Keep on reading through all the problems described!

Many people have to leave their countries

Topic #1, not only in Europe but in many countries of the world: the refugees and the migrants. Refugees definitely don’t want to stay in their own countries any longer, or better, they CANNOT remain there where they were born because of war and devastation. Migrants might not be directly threatened to be killed in their countries by actual malevolence, but they feel that they cannot find what they need there, enough food, education or personal freedom.

So, most of the people in the world move away from their home places because they cannot meet their basic needs for survival as a valued human being. They don’t actually know where they “would like” to be instead. Anything better, for sure. The best possible, if they can make it.

The problems of refugee camps

Syrians or other Middle East refugees who end up in the refugee camps in Lebanon or similar countries might live in physical safety from the violence of a war. They survive, but they are kept like slaves in the camp, without a passport if they happen to be born inside the camp, and they don’t have the possibility to ever create a life for themselves, a career, a purpose for living. They are kept in the camps because the country lives on the money which it receives from the UNO to run the camps. If the refugees left the camps the main economic pillar of the country would break away. So they don’t get any encouragement or help to move on with their lives towards a better future.

Migrants who search for a better life

Then there are the migrants who leave their countries to find elsewhere a better life condition. Migrations have been a normal thing since the beginning of humans on this planet. Today they are perceived as a problem because, definitely, the people living in poverty want to partake, at least a little, at the rich life in the Western countries. Those people often are filled with the illusion that here in Europe everything is better for everyone – and partly it is true. Still, everyone who arrives gets food and shelter, but the people in the rich societies are, generally speaking, not very compassionate. They don’t really want to share a lot and risk to fall back into relative poverty themselves. This is totally understandable but doesn’t solve the problem. The problem was initially created – and still maintained – by the rich countries which became rich by colonialism and exploiting those countries from where the people are flooding in now. How can we find a balance here? By closing borders and building walls? Well, some leaders and many people think so, but it won’t solve the problem.

Who can choose where to live?

So, most people cannot really choose where to live, they have to tolerate to stay where they are or aim for somewhere, some place of which they don’t really know anything, where they probably won’t be welcome and where they would be forced to live a 3rd class life. And still, they risk their lives for getting to that somewhere-place.

What about us Westerners? When we build walls to keep others out we certainly expect that we, ourselves, are not limited by those walls and that we can freely choose to go to the other side as we like. A new form of colonization?  Maybe  the new settlers in the land of the unwanted people will be their unwanted people there – and they are most likely OUR unwanted people:  those who don’t have enough money to maintain the same good life at home as their fellow countrymen who are fortunate enough to not have been swallowed by the technological progress and its subsequent elimination of workplaces.

Especially those are the losers who are not super intelligent or super industrious. And also the old people who don’t get a sufficient pension to afford a decent western lifestyle and all those who depend on a social support which gets cut more and more because there is no lobby for the non-productive people – and nobody cares.

Can we chose where we want to stay?

So the question gets turned upside down: can we choose to stay where we want to stay? Can we remain in the country where we lived for decades and in the house which we have built up with endless years of work and investment? Or do we need to leave to go nowhere because the banks don’t care if we have a place to live or not, and not even that we have already paid them a huge amount of money which doesn’t seem to matter at all. Nor do the governments care when they invent all sorts of new taxes to fill their holes in the budget. Once a fully owned house was a guarantee for having a safe space for the future. This has changed. If you own the house you have to pay all those taxes if you have the money or not if the house gives you any income or only huge costs of maintenance. You just have to pay, regardless if you have some money left for food or clothing. The state comes first.

What is going wrong in our societies?

We had the illusion that our societies were built in service to its populations, an organization for living together in the best possible way. We have come to the extreme where the normal population is subdued to what others decide, call it democracy or not. The real power is somewhere else, not in the will of the people. Don’t understand me wrong, I am not advocating any ideas which would lead to communist totalitarian states, but I do claim that the government should have an ethical direction and the will to serve the people instead of giving a few people the opportunity to infinite power over the well being (or not-well being) of most of the population.

Where would you like to live? And where would it be possible for you to live?

The astonishing fact is that it is not only the case of refugees and migrants to have to go away from their home countries and not really be able to choose where to go. Increasingly it will be the same for many people of the so called rich countries. Old people are outsourced in 2nd or 3rd world countries the culture of which is completely different than theirs – but where life and support are cheaper and affordable for their small budget.

Going down the rabbit hole? – Where the light comes in…

We are on the way, down the rabbit hole, unless a huge change happens which turns upside down our financial system and economic powers and renders them into institutions in service of life and prosperity.

An illusion and wishful thinking? No, not at all.

The end of secrecy and the transformation of our societies

We are already in the middle of a huge crisis – the necessary stage for something new to emerge. When we are able to expose the secrecy and malevolence of who is really leading our lives and who keep their power behind the scenes by oppressing all information  which, for instance,  would free us from fossil fuels and similar necessities of our present life; when this secrecy leaks and no longer works and the new and basically free energy is available to everyone, that would be the end of poverty and the end of  wars – because we don’t need what others have and for what we are willing to fight, because everyone can get what they want without needing big corporations who maintain their power by creating artificial scarcity. There won’t be scarcity because of energy, or better the manipulation of energy is on the bottom of all problems. With free energy available to all, literally every person in the world, all costs would be drastically reduced and we all, included the population of the Middle East, could remain at home and live an abundant life.

There won’t be scarcity because of energy; or better the manipulation of energy is on the bottom of all problems. With free energy available to all, to literally every person in the world, all costs would be drastically reduced and we all, included the population of the Middle East, could remain at home and live an abundant life.